Video games are fun to play. Many people often dream of creating video games themselves. For that, they'll need to learn game development (Gamedev). While data science does not traditionally deal in Gamedev, there is an overlap when trying to make gameplay more realistic. 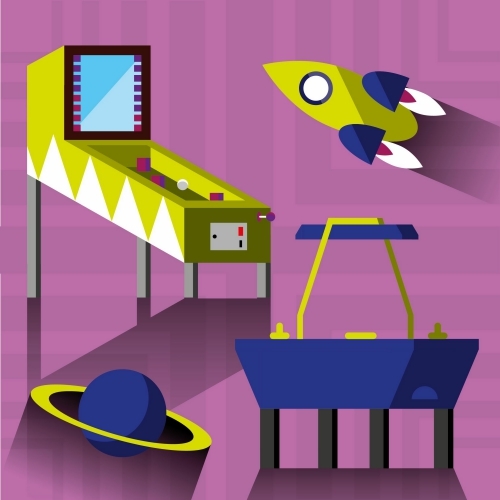 The development of video games has become easier in the past decade or so. The creation of game development engines has streamlined the process allowing developers on creating the game itself, rather than the infrastructure needed to run those games.

Gone are the days of brute-force metods of developing a video game completely from scratch. There are exceptions, of course, for advanced game developers who want more than the engines will provide. But for the casual developer, game engines fit the bill nicely.

There are several engines on the market. Each has its own advantages and disadvantages. My goal is to help people learn as quickly and as low-cost as possible.

Unity and Unreal are free-to-develop engines. They are sophisticated and many of the games you play probably have been developed using these platforms. However, both of these platforms will require royalty fees once your games start earning some money.

Godot is an open-source, free game development engine. There are no royalty fees to pay. This is a big reason for the growing popularity of the platform.

I touched upon this earlier, but how is data science (the subject of this website) involved with gaming? You will likely see this topic grow within the Gamedev space. Further, gaming is a great method of teaching. Therefore, incorporating games as part of teaching data science should also become popular (if not already).

If neither of these reasons are enough to convince you, how about programming games is a fun hobby. The feeling of creating a full-fledged game is envigorating. When you develop this skill, you could even land a job in the field. Then, you would be getting paid to develop games. That's pretty cool, no?

For now. I want to concentrate on a platform that is relatively easy to learn and doesn't cost much (in fact, zero) in the way of money. It's also compact on the technology footprint, but is full featured enough to produce decent games.

Godot is open-source, does not impose royalties for published games, and is cross-platform. It also supports both 2D and 3D game development. The engine has a built-in scripting language but also offers support for other languages, like C# or C++.

I will start with resources for Godot. However, if I see that this section is growing in popularity, I may expand it to cover other engines, too.

One frustrating aspect of game development is there are few quick reference materials that you can use when you get stuck. There are resources for teaching Godot, but most are in video format. Video learning is useful, but it isn't appropriate for every learning situation. My goal is to build this section of the website as a place to find what you need when you are looking for information on a topic.