Unless you've been living on a remote planet without internet access, you probably believe that hashtags are important. If you are looking for a way to extract those hashtags, along with mentions, you'll be happy to read this tutorial. It shows ways of finding hashtags and mentions using Python. 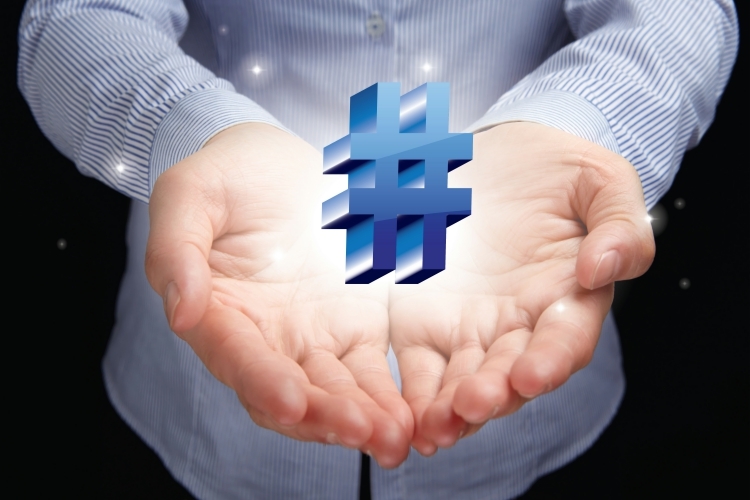 Hashtags are a way of identifying certain terms in a social media post as being important. It is believed that Twitter started them, but most social media platforms have followed suit and support them, now.

NOTE: website owner may receive compensation for purchases made from the links and banners on this page.

It's easy for people to mark a term as a hashtag by placing the '#' character before the term. For instance, if you are posting about an investing concept, you could identify this as #investing.

When you do this, the platform (like Twitter) will group that term with other posters who identified the same term in their posts. That means when people search on the hashtag, you have a chance of your post being included in the search results.

For instance, if a company XYZ is mentioned in a post (and they have the account named XYZ on the platform), a poster can use @XYZ to alert someone from the entity that it is the topic of conversation. This feature is now supported on most of the major social media platforms.

How to Find the Mentions and the Hashtags

Suppose you had a way to extract a series of social media posts as a text file. Knowing the hashtags and mentions could be something you find useful. For instance, knowing the highest frequency of hashtags may help you determine what to write about for your posts.

You could find several ways to accomplish extracting the needed hashtags or mentions. For this article, we'll concentrate an easy way via regular expressions and the regexp_tokenizer function in nltk.tokenizer.

Disclaimer: this article assumes a basic knowledge of Python. At the end of the article, I will include resources if you need a refresher (or to start learning.)

We'll use one package for this exercise: nltk

You are going to be amazed at just how easy it is to accomplish this. First, though, we'll need to load up the proper packages:

If you experience an error when running this line, you probably need to install the package. To do this:

Check the help guide for the Python installation you are running on how to execute the pip command.

Now let's load up a string variable for the text we want to process:

You can fill the string with any text you want. Just make sure to include a few hashtags and mentions (# and @).

In practice, you would use text that comes from a downloaded csv file or from an API like the Twitter or Facebook APIs, etc. But for this example, we'll use a hardcoded string for simplicity.

Define the pattern to search the hashtags. Here is where simplicity shines. All we need for this to work is:

Then, feed this pattern and tweets string into regexp_tokenize():

Here is the result of this:

You can probably guess that finding the mentions (@) is just as easy, and you'd be correct.

Create a new pattern and feed it with the tweets string into regexp_tokenize again:

Here is the complete listing of the code: 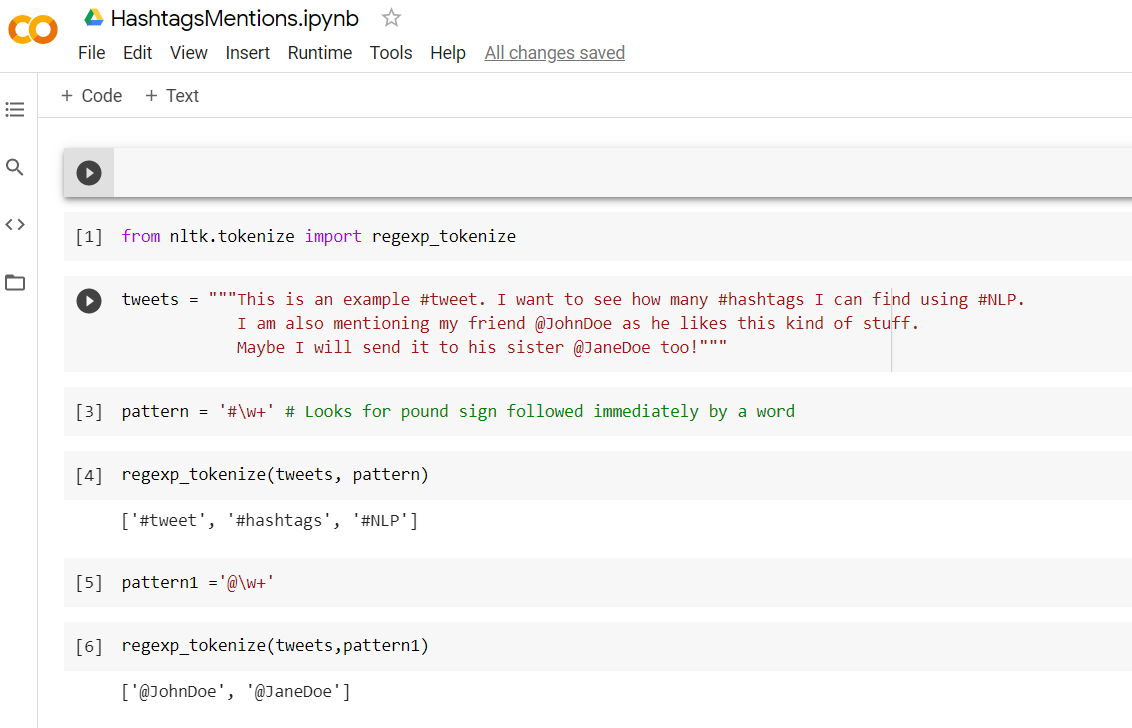 We performed some rather powerful tasks with just six lines of code. This may have tirggered the wheels in your brain to spin thinking about the possibilities.